The menu navigation on the Limited Edition DVD release of Memento is mildly confusing, to say the least. So I thought I’d post a “rough guide” to finding the various supplements and special features on the DVD.

Here’s what I’ve worked out so far (with some much-appreciated help from others). Further comments and corrections are welcomed: please mail me (using the link above) if I’ve overlooked or misstated something. 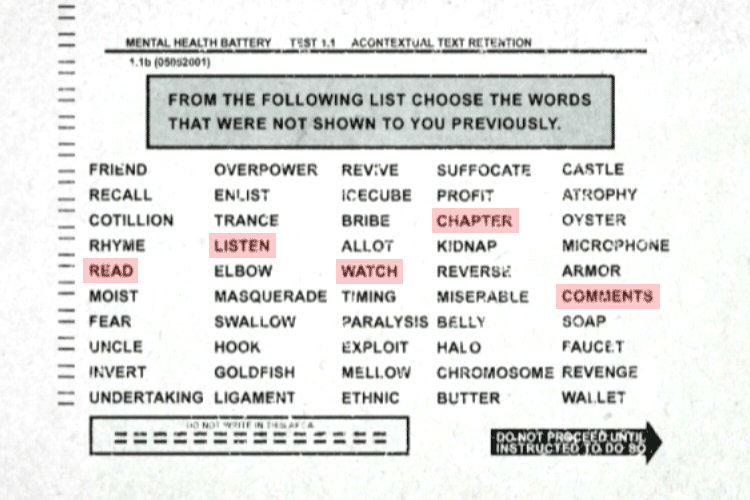 There are four (!) different endings to the commentary track on this disc.

The film is encoded as Title 1 on the disc. At the end of Chapter 13 in this title, at the 1:33:52 mark, there’s a branch point that seems to be activated only if you’re listening to the commentary track (soundtrack #4) at that moment.

If you’re listening to any of the other soundtracks (DD 5.1, DD 2.0 or DTS 5.1), your player will not branch and will continue to Chapter 14 of Title 1. If you now switch over to the commentary, it’ll play normally until the 1:37:15 mark, when it will slow down and then reverse and run backwards (fittingly) for the remainder of the film.

If, on the other hand, you’re listening to the commentary track as you cross the 1:33:52 mark, your player will switch (apparently randomly, but consistently until the disc is ejected and re-loaded) to Title 2, 3 or 4. Each of these titles contains the final three chapters of the film encoded with a subtly varying—but non-reversed—version of the commentary.

(N.B.: The above branching trick works on my Panasonic RP-91 set-top player but not on my PowerDVD XP software player, meaning that with PowerDVD I can only access the reversed version. I’d be interested to hear results from owners of other players.)

(Amanda Ehrlich points out that you can also access a random non-reversed track by activating the commentary from the “Comments” menu and then jumping directly to chapter 14, 15 or 16 on the “Chapter” scene-selection menu. This method has the same limitations, though: you still can’t choose which title you get, and you still have to eject and re-load the disc to re-randomise the selection.) 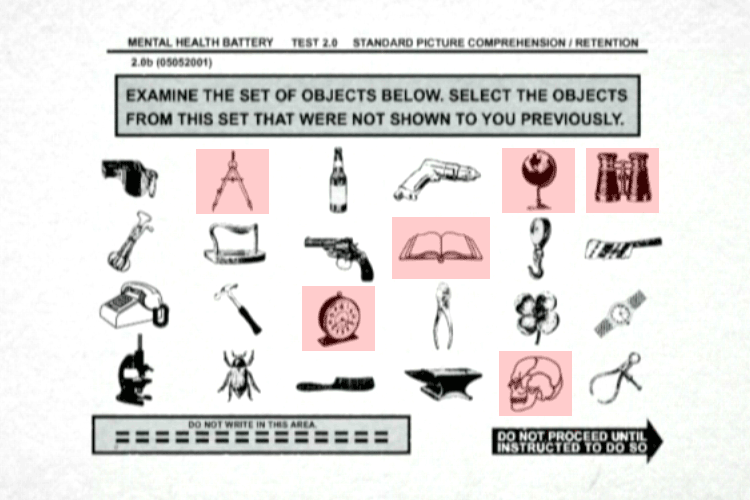 In addition to navigating straight through the stack of cards under each “active” object (as above), you can also cross-navigate on the “ring” of cards which connects all six stacks. The “ring” card in each stack is the one that has additional cards visible to the left and right as it comes up to fill the screen.